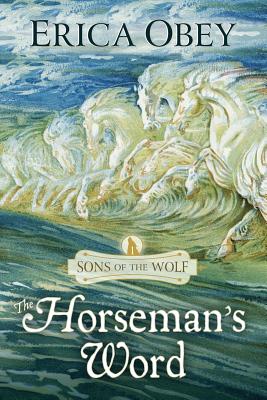 It is July of 1865, and, in Saratoga Springs, everyone wants to put the war behind them. Yet, Rose Adair cannot forget Lane Fallon, the Englishman she last saw dragged off to be hanged as a Confederate spy. When Fallon is pulled from Congress Spring, after apparently having killed a man over the same smuggled artifact that nearly killed her father two years ago, Rose is forced to confront the possibility that Fallon was an assassin hired by her cousin Preston, who is attempting to seize control of the family fortune. And when Rose's father suddenly dies, Preston is in a perfect position to finally get what he wants. So Rose plays along with Fallon's impulsive claim that they were secretly wed to discover whether her father's death was the result of an ancient curse or an all-too-real seditious conspiracy.

Rose and Lane's search leads them to Sammy Nunn, the Irishman whom Lane had entrusted with the proof of the conspiracy, which began when Lane offered to sell Adair the bridle of Mananaan mac Lir, with its legendary power to raise a hero, in order to trace a network of smugglers of Irish antiquities. Instead Fallon was approached by a cabal of wealthy New Yorkers to engineer a Fenian atrocity that would allow New York City to be handed over to the Confederacy. But Sammy is intent on playing both sides against the middle, and when he is found dead, Preston blames Cole Washington, a former slave and jockey, claiming he is seeking revenge for his wife, who was killed by the Irish during the New York City draft riots. Suddenly, fresh riots threaten to erupt in Saratoga.

Lane rescues Washington from lynching, and the two make a wild escape on horseback to John Morrissey, the real life bare-knuckles boxer and ex-convict who made Saratoga Springs the most famous resort in the world. Morrissey admits he killed the man found in the spring, who was sent by his wealthy partners to eliminate him. Having proof that many of these wealthy, powerful men were also involved in attempting to deliver New York City to the Confederacy gives Morrissey much-needed leverage over these men.

Lane clinches this proof by setting himself up as bait in the Grandstand at Saratoga, where black people, even jockeys, are not allowed, forcing Preston to reveal himself and betray his co-conspirators. And a fevered vision and mumbled confession after Lane has been shot reveals his surprisingly heroic side, for he took the bridle of Mananaan mac Lir, with its mystical power of raising a hero, to Gettysburg, where he rallied the Irish Brigade for their impossibly valiant last stand on the battleground known as the Wheatfield. The story ends with an epilogue on the Wheatfield, where a black teamster picks up a bridle that was left behind. Is it the bridle of Mananaan mac Lir, now destined to raise a new hero to serve his people in their time of greatest need?