The Last of the Wild West Cowgirls: A True Story (Hardcover) 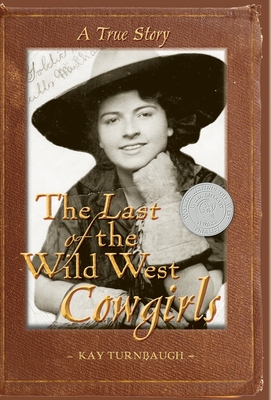 One of our country's first professional female athletes, Goldie Griffith didn't know how to ride when she got a job with a famous Wild West show, but she didn't let that stop her. She joined the small group of show cowgirls and learned to bust broncos for Buffalo Bill. She also was an actor and stunt rider for the brand-new Western movies that were taking the country by storm. She was married during a Buffalo Bill Wild West show at Madison Square Garden with a crowd of 8,000 in attendance. A few years later, she pulled out her show gun, aimed it at her husband, and squeezed the trigger. After he exited her life, she worked on what is now the famous Caribou Ranch in Colorado, trained dogs for the war, and opened a number of restaurants in Nederland, Colorado, to support herself and her young son.

There was nothing she wasn't willing to try. This is the (amazingly) true story of Goldie Griffith's life. With over 120 photographs and images. A 2009 WILLA Literary Award finalist.