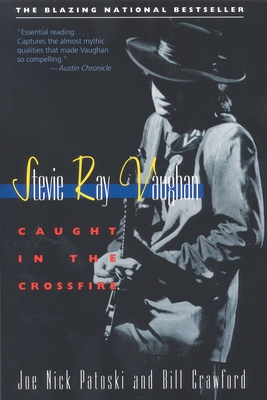 His blistering guitar playing breathed life back into the blues. Performing night after night - from his early teens to his tragic death at age thirty-five, in tiny pass-the-hat clubs and before thousands in huge arenas - Stevie Ray Vaughan fused blazing technique with deep soul in a manner unrivaled since the days of Jimi Hendrix. The genuineness and passion of his music moved millions. It nearly saved his life. Stevie Ray Vaughan: Caught in the Crossfire is the first biography of this meteoric guitar hero. Emerging from the hotbed of Texas blues, Stevie Ray Vaughan developed his unique style early on, in competition with his older brother, Jimmie Vaughan, founder of the Fabulous Thunderbirds - a competition that shaped much of Stevie's life. Fueled by drugs and alcohol through a thousand one-night stands, he lived at a fever pitch that nearly destroyed him. Musically exhausted and close to collapse, in his final years Stevie Ray mustered the courage to overcome his addictions, finding strength and inspiration in a new emotional openness. His death in a freak helicopter crash in 1990 silenced one of the great musical talents of our time. Stevie Ray Vaughan: Caught in the Crossfire reveals Stevie Ray Vaughan's life in all its remarkable, sometimes unsavory detail. It also brings to life the rich world of Texas music out of which he grew, and captures the staggering dimensions of his musical legacy. It will stand as the definitive biographical portrait of Stevie Ray.