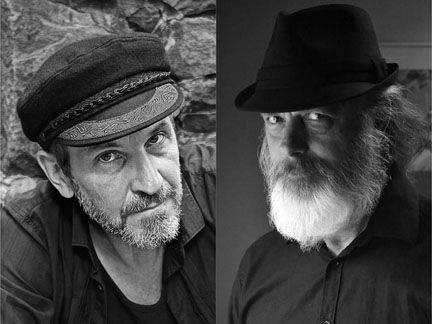 "Ponckhockie Union is a mad fireworks display of global conspiracy and paranoia, haunted synchronicities, shadow-world manipulations of history, tricksters and false guides and the sudden and irreparable rupture of everything normal and stable in one man’s life." —John Burdick, Almanac Weekly

Brent Robison and Tom Newton, co-hosts of the literary podcast The Strange Recital, are happy to announce the launch of their new publishing company, Recital Publishing. Their initial offerings are their own books: Robison’s mystery novel Ponckhockie Union and Newton’s collection of surreal short stories, Seven Cries of Delight. Join us for a reading/signing event that may be gently interrupted by strangeness, and possibly a few laughs!