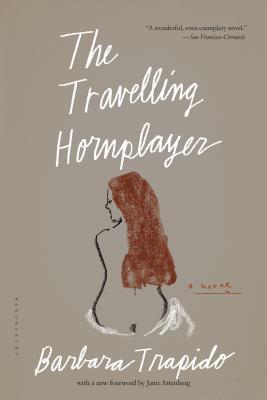 By Barbara Trapido
Email or call for price.
Out of Print

Stunning and difficult, Stella Goldman is programmed for maximum nuisance capacity, but when she discovers both her father's affair and her boyfriend's infidelity on the same day, she flees into the arms of kindly Pen, who speaks as though he's stepped out of Brief Encounter.

Meanwhile, her friend Ellen struggles to come to terms with the death of her sister, Lydia, whose ghost haunts not only her and her father Roland, but the beloved Goldmans (from Brother of the More Famous Jack), too. Along with eccentric professors, wicked monks, and the titular travelling hornplayer, their lives collide in a breathtaking finale.

Barbara Trapido is the author of seven novels including Brother of the More Famous Jack (winner of a Whitbread special prize for fiction), Temples of Delight (shortlisted for the Sunday Express Book of the Year Award), The Travelling Horn Player, and, most recently, Frankie and Stankie (shortlisted for the 1998 Whitbread Novel Award and longlisted for the Man Booker Prize). She lives in Oxford.