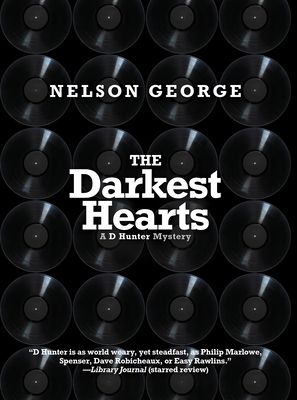 "Once again, my brother Nelson George comes through in the clutch like he's batting clean-up. I've known Nelson over thirty years and he has been our cultural storyteller for that length of time. Keep telling. Keep writing our stories. I know I will keep reading them too."
--Spike Lee, filmmaker

"George's passion for, and encyclopedic knowledge of, hip-hop suffuses every word of this smart, stylish novel. Although the author deftly deals with issues of predatory capitalism, government corruption, and the senseless murder of black men by America's cops, it's his handling of the tale's sex trafficking and #MeToo subplots that deserves special acclaim."
--Mystery Scene Magazine

One of CrimeReads' 10 Novels You Should Read This August

"We're big fans of music mysteries here at CrimeReads, so I'm psyched for the new Nelson George...A complex mystery that should serve as the perfect quarantine distraction."
--CrimeReads, One of the Most Anticipated Crime Books of 2020

"This dark, rollicking mystery is the fifth in George's D Hunter series...D's point of view, his self-confessed vulnerability, and his deep appreciation for music, from R&B on, make this thoroughly satisfying reading."
--Booklist

"A showcase of different approaches to values, business, and hip-hop seen through a lens that feels personal."
--Kirkus Reviews

Former bodyguard D Hunter has moved to Los Angeles to become a talent manager. Business is good: he has signed a hot Atlanta rapper named Lil Daye for management and negotiated a lucrative endorsement with a liquor band. However, when D learns of the liquor CEO's unsavory sexual habits and reactionary political views, he worries that he has sold his soul.

Back in Brooklyn, a body has been found in the waters near the Canarsie Pier, a body that connects D and the retired hit man Ice to incidents from back in The Plot Against Hip Hop, the second book in the series. Because of this discovery, an FBI agent wants to speak to D, which is making Ice nervous. And Ice is not a man you want worrying about you.

Meanwhile in London, Serene Powers, a vigilante and sometime collaborator with D, breaks up a human trafficking ring. In the process, she makes some new, unlikely allies. When Serene returns to the US, D asks her for assistance with a sensitive and volatile matter in Atlanta involving Lil Daye, his wife, his mistress, and a thug on his payroll named Ant.

The Darkest Hearts reflects the challenges of being a black businessperson in an era when the rules of entrepreneurship are constantly shifting beneath an increasingly polarized political environment.

NELSON GEORGE is an author, filmmaker, and lifelong resident of Brooklyn. His books include the first four novels in his D Hunter mystery series: The Accidental Hunter, The Plot Against Hip Hop, The Lost Treasures of R&B, and To Funk and Die in LA, all available from Akashic Books. Among his many nonfiction works are The Death of Rhythm & Blues, Hip Hop America, and The Hippest Trip in America: Soul Train and the Evolution of Culture & Style. As a filmmaker he has directed the documentaries Brooklyn Boheme, Finding the Funk, and A Ballerina's Tale. He was also a writer/producer on the Netflix series The Get Down.