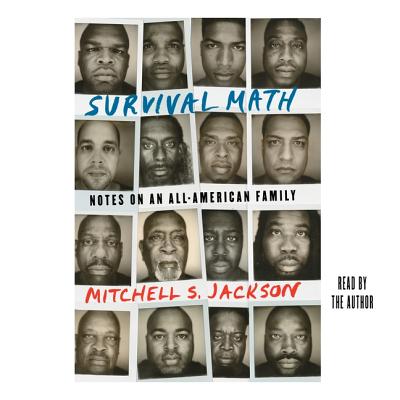 In a thrillingly alive, candid new work, award-winning author Mitchell S. Jackson takes us inside the drug-ravaged neighborhood and struggling family of his youth, while examining the cultural forces--large and small--that led him and his family to this place.With a poet's gifted ear, a novelist's sense of narrative, and a journalist's unsentimental eye, Mitchell S. Jackson candidly explores his tumultuous youth in the other America. Survival Math takes its name from the calculations Mitchell and his family made to keep safe--to stay alive--in their community, a small black neighborhood in Portland, Oregon blighted by drugs, violence, poverty, and governmental neglect. Survival Math is both a personal reckoning and a vital addition to the national conversation about race. Mitchell explores the Portland of his childhood, tracing the ways in which his family managed their lives in and around drugs, prostitution, gangs, and imprisonment as members of a tiny black population in one of the country's whitest cities. He discusses sex work and serial killers, gangs and guns, near-death experiences, composite fathers, the concept of "hustle," and the destructive power of drugs and addiction on family. In examining the conflicts within his family and community, Jackson presents a microcosm of struggle and survival in contemporary urban America--an exploration of the forces that shaped his life, his city, and the lives of so many black men like him. As Jackson charts his own path from drug dealer to published novelist, he gives us a heartbreaking, fascinating, lovingly rendered view of the injustices and victories, large and small, that defined his youth.