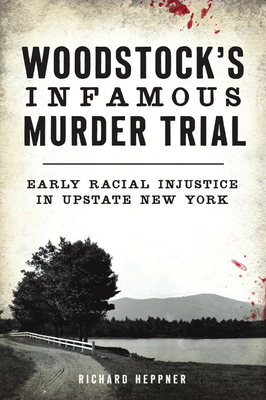 When a white man from a prominent local family in Woodstock was murdered in 1905, authorities quickly identified a local African American man as the prime suspect. Amid racist animus in the press, he fled across two counties before being apprehended by a vigilante and charged. Local reformer and politician Augustus H. Van Buren stood up to community pressure and defended the accused pro bono. It took three years and multiple trials to overcome racial inequalities in the justice system. Local historian Richard Heppner documents the crime, arrest and trials that revealed racial tensions in upstate New York at the turn of the century.