What Is Islam?: The Importance of Being Islamic (Paperback) 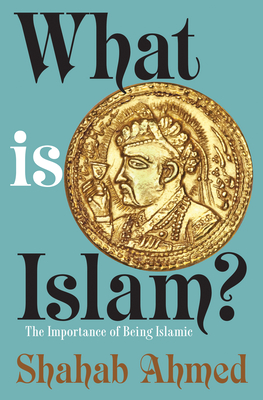 What is Islam? How do we grasp a human and historical phenomenon characterized by such variety and contradiction? What is "Islamic" about Islamic philosophy or Islamic art? Should we speak of Islam or of islams? Should we distinguish the Islamic (the religious) from the Islamicate (the cultural)? Or should we abandon "Islamic" altogether as an analytical term?

In What Is Islam?, Shahab Ahmed presents a bold new conceptualization of Islam that challenges dominant understandings grounded in the categories of "religion" and "culture" or those that privilege law and scripture. He argues that these modes of thinking obstruct us from understanding Islam, distorting it, diminishing it, and rendering it incoherent.

What Is Islam? formulates a new conceptual language for analyzing Islam. It presents a new paradigm of how Muslims have historically understood divine revelation--one that enables us to understand how and why Muslims through history have embraced values such as exploration, ambiguity, aestheticization, polyvalence, and relativism, as well as practices such as figural art, music, and even wine drinking as Islamic. It also puts forward a new understanding of the historical constitution of Islamic law and its relationship to philosophical ethics and political theory.

A book that is certain to provoke debate and significantly alter our understanding of Islam, What Is Islam? reveals how Muslims have historically conceived of and lived with Islam as norms and truths that are at once contradictory yet coherent.

Shahab Ahmed (1966-2015) was postdoctoral associate in the Aga Khan Program for Islamic Architecture at Harvard University.